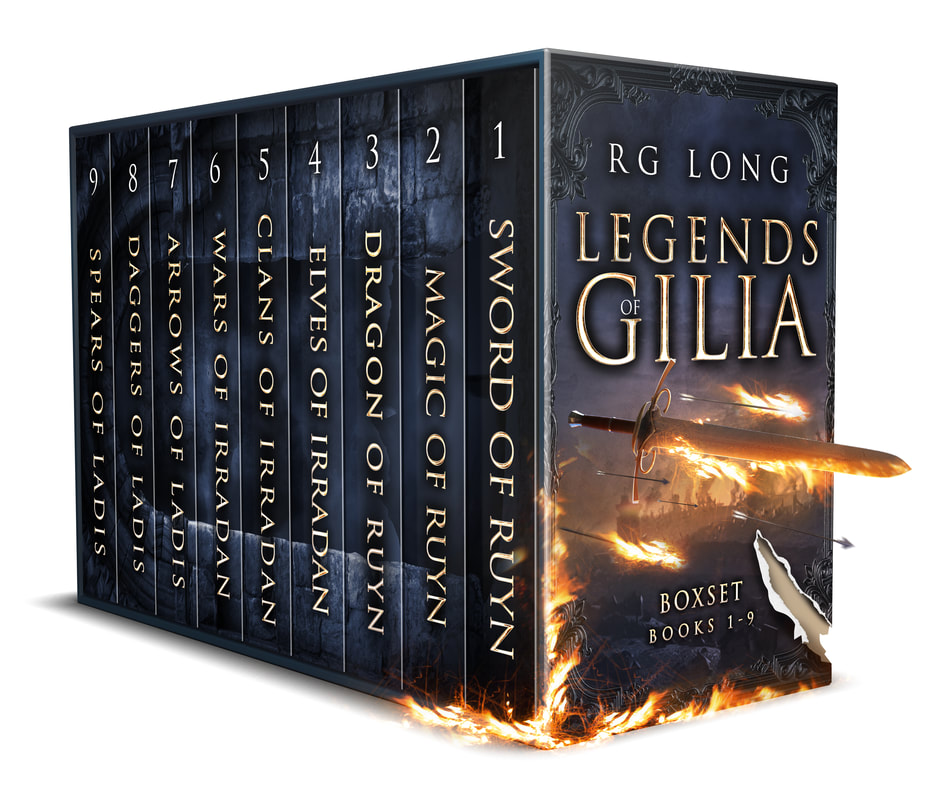 Washed ashore on the land of Ruyn, Ealrin Bealouve is a man with no memory of his past. Desperate to discover who he was and return to his homeland, Ealrin journeys through a continent ruled by elves, dwarves, and men. But a growing hatred threatens to destroy the peace that has held the continent together for centuries. Ealrin must choose.

Will he abandon his quest to remember his past, or join the fight against genocide?

Magic and betrayal, war and legend, his journey through Gilia will change Ealrin's fate forever.

Sword of Ruyn
Magic of Ruyn
Dragon of Ruyn
Elves of Irradan
Clans of Irradan
Wars of Irradan
Arrows of Ladis
Daggers of Ladis
Spears of Ladis
PLUS Three chapters from book 10, Crystals of Redact
Start Reading Now!

The Complete "Legends of Gilia" Series is out now! 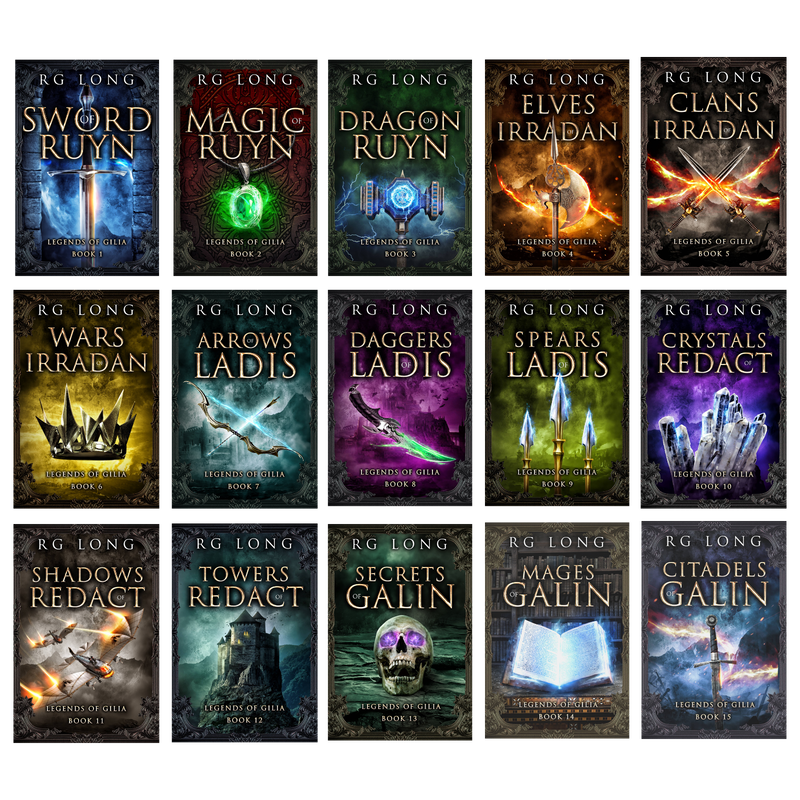 Explore the world of Gilia 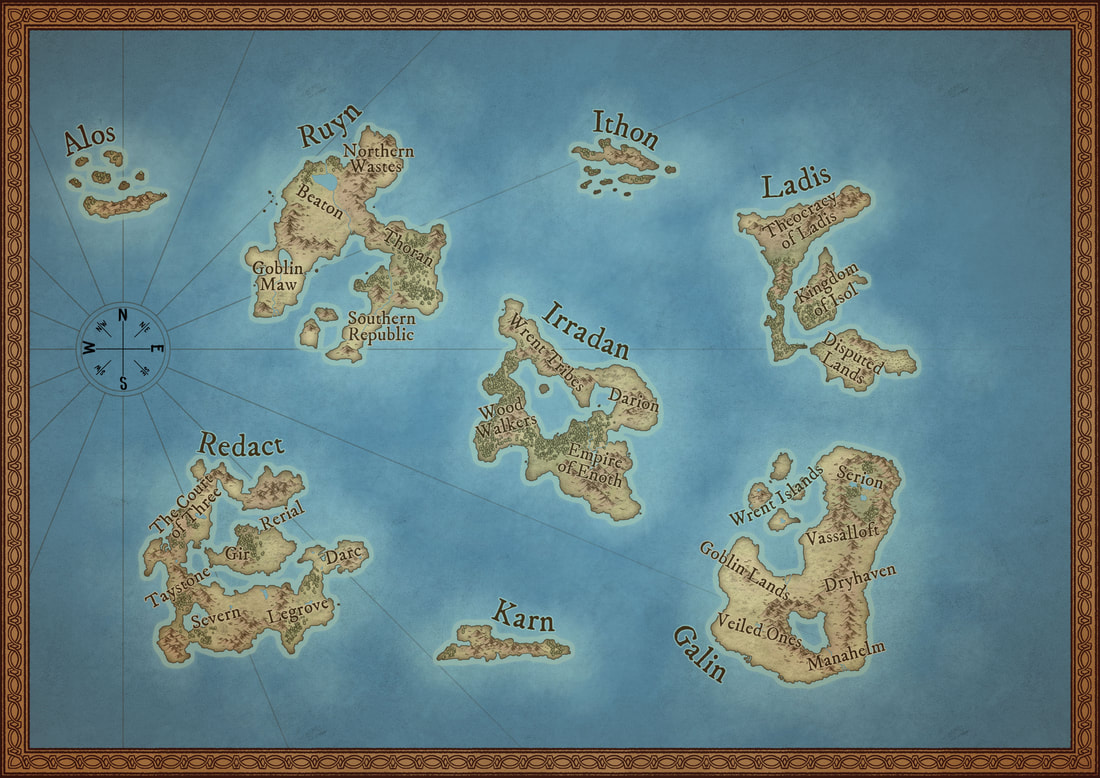 An epic tale spanning five continents, The Legends of Gilia series will keep you on the edge of your seat in a brand new fantasy world!
5.0 out of 5 stars Fantastic!
Reviewed in the United States on October 26, 2020
Verified Purchase
This is something you can really sink your teeth into! A fabulous story that went on and on and on some more. I was totally wrapped up in the characters and the plot. Epic fantasy at its finest!
5.0 out of 5 stars Fantastic Fantasy
Reviewed in the United States on August 3, 2021
​Verified Purchase
A man washed ashore and is nursed by to health, though no other men survive. He has no memory of where he is from or his past life. He remains with his rescuer and they travel from country to country, picking up many others, from halflings, to dwarves, elves and others. Great read for those young at heart.

5.0 out of 5 stars Following Ealrin, Blume ,Holme and Gorplin on their adventures.
Reviewed in the United Kingdom on April 20, 2021
Verified Purchase
Fast action, fighting the evil radiating from the Comet plummeting towards them, bearing demons determined to take over the land. They pick up other friends on their journeys including The Elf Wisym, The assassin Silverwood and the halfling Jurrin. Fighting evil wherever they go.
Start Reading Now!

Save over 90% when you purchase the omnibus versus purchasing the books individually.

Not ready to buy the Epic Legends of Gilia Omnibus? Start with this FREE e-book that takes place one hundred years before the events of the first book, Sword of Ruyn.

Meet the Elves of Talgel, desperate to save their homeland from an invasion of trolls bent on destruction!
Read the Prequel "Tales of Ruyn" Now! 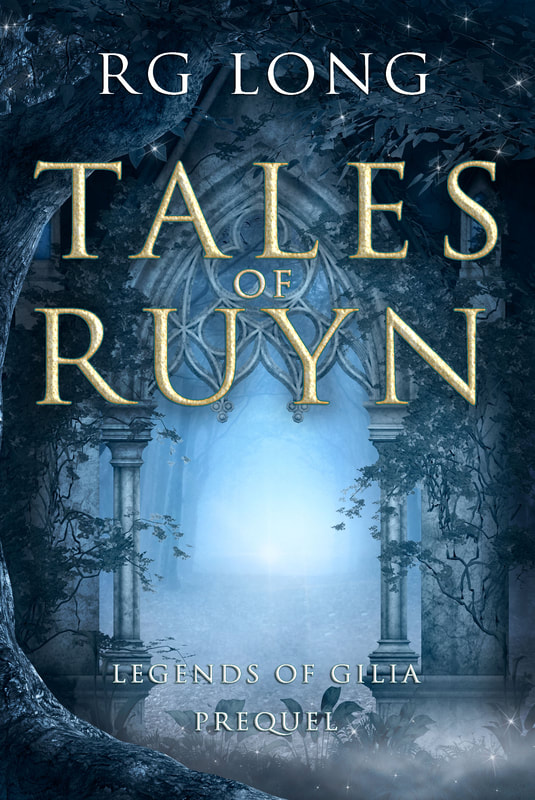 A hundred years before the war of the races, an alliance was formed.
Download "Tales of Ruyn" Today